In my first post, I discussed the key principle behind scientific imagination: abandoning your usual view of the world and taking an unusual view. This includes abandoning usual vocabulary, such as the unhelpful terms that biologists use for our internal organs.

Let me continue along this line to talk about balloons, in particular, the two balloons inside your chest that periodically inflate and deflate. They are more complicated than party balloons, with a network of branching airways. But if you’re trying to explain what a “lung” is to a young child, your best bet is to say it’s a balloon.

Here is a fun game to play. When you walk into a room, ask yourself: how many balloons are in the room? Any room you are in will of course have at least two balloons. But this game is especially fun if you’re on a subway train or a bus, where there’s many balloons. Once you make a good quantitative guess for the number of balloons, your mind is already in a “scientific state”, because you’re forcing it to think in an unusual way. Now try to picture all the balloons, as if you had Superman’s x-ray vision. Just ignore everything else about people’s bodies except for their balloons inflating and deflating. It feels creepy, but empowering to imagine other people’s balloons. Try it! 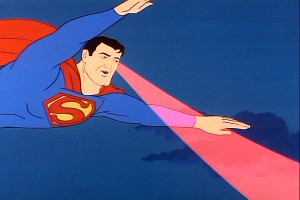